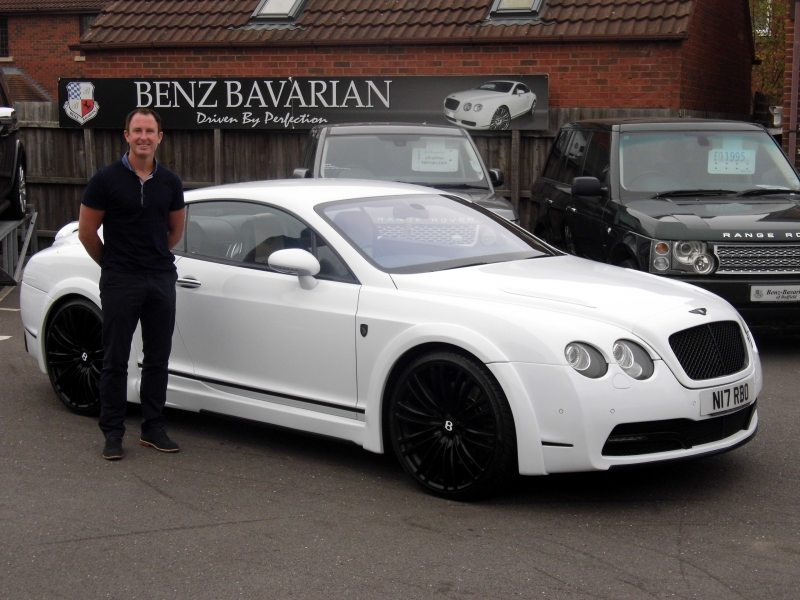 We were in the hunt for a number of cars (none of which was a Bentley Continental) and were drawn to Benz Bavarian as they stocked most of what we were after – under one roof. Upon arrival there, we quickly lost interest in anything else as soon as we seen the white continental with the new TITAN styling on it. The car simply stood out and was a class above. Doing the deal was fairly straightforward, with lots of attention to the small details that were important to us. Since taking ownership of the car, the interest in it has been almost “celebrity”.

Runs smooth and turns heads wherever it goes. Everyone asking questions about it too when we go places. Really pleased we made the choice – it was the right one!

Benz Bavarian are a credit broker and not a lender. We are Authorised and Regulated by the Financial Conduct Authority. FCA No: 670210 Finance is Subject to status. Other offers may be available but cannot be used in conjunction with this offer. We work with a number of carefully selected credit providers who may be able to offer you finance for your purchase.
Registered in England & Wales: 03896298
Registered Office: Address: 109-113 Derby Road, Duffield, Belper, England, DE56 4FQ
Data Protection No: Z5864149

We are now open for appointments only. To protect our staff and customers, please call us to arrange an appointment.
Appointment Only